They’re coming home – but our three Lions are still the pride of Britain and Dr Telensky’s AquaCity, Slovakia

England’s manager and his  players had the opportunity to achieve football  immortality. But sadly it got kicked in to touch for them. The Three Lions were just one game away from the first final since 1966, and it was only tough-guy Croatia that stood between them and  France. Yep, they could have been up there with Sir Alf Ramsey and the only 11 Englishmen to play in a World Cup final …. … and they lost in extra time. Even though the  3 Lions’ one goal turned out to be a home goal – but at least we had dared to dream and  because of that, all over the UK our players are  being praised. Yes, it was a night of tears, beers and shattered dreams … but we respected our warriors at the end of it all. And   they are respected too in Poprad Slovakia, the beating heart of  Europe which produces players for WORLD CLASS teams. Once little more than a rubbish tip, the world’s greenest hotel AquaCity has been transformed into a World Class training centre solely due to the vision and Euro multi-million investment of environmental entrepreneur, Dr Jan Telensky. Prior to AquaCity being born, Poprad had a run-down swimming pool and neglected saunas on the site that is now AquaCity. A handful of people were employed there with no long-term prospects. Today, the World class centre is proud to provide careers for hundreds of local citizens plus contracts for local companies and their employees, more long-term stability for the city.

AquaCity can boast many achievements – a major one being the State visit of Queen Elizabeth II. The origins of the state visit were put in place in AquaCity at a meeting with team members of the British Embassy. Dr Telensky was personally thanked for his input and support resulting in the State visit. AquaCity has hosted national teams from around the world and now those who trained in Poprad have appeared on the World Stage. Today AquaCity is basking in the glory of seeing those it helped trained playing at the 2018 FIFA World Cup. Dr Telensky’s AquaCity Boys are not just playing there, they are in the spotlight of television and radio station around the world to billions tuned into the World Cup. 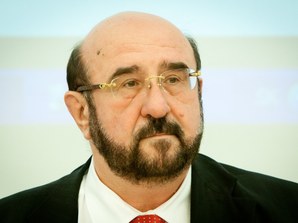 Dr Telensky said, “It is amazing how a small place in Slovakia can be turned into a training complex that produces world class players. “I am so proud of those that have worked as a unique team to transform a one-time rubbish dump into an area every citizen of Poprad can be proud of. “But the story isn’t over yet, we plan even more for Poprad as we continue to provide foreign tourists, via television, radio and the written word, even more information to encourage them to visit our great achievement”. Three world class players have been singled out, a full list of Manchester United players is also included, to demonstrate that which can be achieved when a forward thinking group of people work in harmony to turn a town’s blight into the Flagship centre for the world to see. Here are three players selected to play in Russia – Dr Telensky’s AquaCity Boys Marcus Rashford is an English professional footballer who plays as a forward for Premier League club Manchester United. He was born in Wythenshawe, Manchester on 31 October 1997. Marcus began playing football for Fletcher Moss Rangers at the age of five and joined the Manchester academy system at the age of seven. He was a star striker for the youth team and trained in AquaCity, Poprad, Slovakia in 2013 and 2014. He was selected by Louis van Gaal for the first-team sub’s bench on 21 November 2015 for a Premier League match against Watford. On 25 February 2016, Marcus was a late addition to the Manchester United starting line-up for their UEFA Europa League round of 32, second leg tie against Midtjylland. He impressed on his first-team debut with two goals in the second half of a 5–1 win. His goals made him Manchester United’s youngest ever scorer in European competition, beating a record previously held by George Best. Marcus made his Premier League debut against Arsenal three days later, he again scored twice and provided the assist for the other goal in a 3–2 home victory, making him the third youngest scorer for United in Premier League history after Federico Macheda and Danny Welbeck. On 20 March 2016, he scored the only goal in the Manchester derby, his team’s first away league win over Manchester City since 2012. Aged just 18 years and 141 days, Marcus made his mark as the youngest ever scorer in a Manchester derby in the Premier League era. He wrapped up the season with 8 goals in 18 appearances, despite only debuting in February, as well as winning the Jimmy Murphy Young Player of the Year award. On 30 May, Marcus signed a new contract with United, keeping him at the club until 2020, with an option to extend for a further year. For the 2016 season, marking his place as part of the senior squad, Marcus was given the number 19 squad number by new manager José Mourinho. His performances in his first senior season led to calls for him to represent England at UEFA Euro 2016. Manchester United academy coach Nicky Butt dismissed these calls, calling them premature and possibly harmful for the player’s development. However, on 16 May, Marcus was named in Roy Hodgson’s preliminary 26-man squad for the tournament. He became part of England’s Euro 2016 squad less than four months after making his Manchester United debut. On 27 May, he started in a warm-up match against Australia at the Stadium of Light, and scored the opening goal of a 2–1 win after three minutes, becoming the youngest Englishman to score on his international debut. Marcus scored his first competitive goal for the senior team on 4 September 2017, with the winning goal in England’s 2–1 win over Slovakia in 2018 FIFA World Cup qualification. He is a prolific goal scorer and a summary of his scoring record is as follows: He scored twice in both his first-team debut in the UEFA Europa League (against Midtjylland) and in his first Premier League match in February 2016 (against Arsenal). He also scored in his first Manchester derby match, his first League Cup match and his first UEFA Champions League match. Furthermore, Marcus scored on his England debut in May 2016, becoming the youngest English player to score in his first senior international match. Marcus is a member of the 23-man England national team squad for the 2018 FIFA World Cup. Adnan Januzaj was born 5 February 1995 in Brussels. He is a Belgian professional footballer who now plays as a winger for Spanish club Real Sociedad and international football for Belgium. 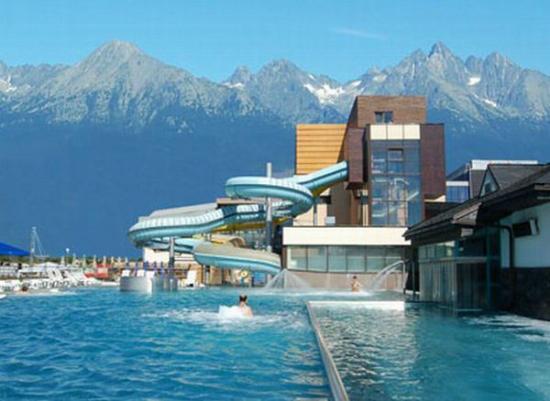 Adnan began his football career with FC Brussels but joined Anderlecht as a 10-year-old in 2005.  He left Anderlecht for Manchester United at the age of 16 in March 2011. He trained with the Manchester United Youth Team in AquaCity, Poprad, Slovakia in 2011 and 2012. Towards the end of the 2012/13 season, united manager Sir Alex Ferguson promoted Adnan to the first-team squad and he was registered with the number 44 squad number. He broke into the Manchester United first-team under manager David Moyes during the 2013/14 season his debut, as a substitute, was against Wigan Athletic on 11 August 2013 in the Community Shield. He made his Premier League debut a month later, as a substitute, in a 2–0 home win over Crystal Palace. On 5 October 2013, in what was his first start for the club, Adnan scored twice as United came from behind to claim a 2–1 victory away to Sunderland. To avert the interest from other clubs, who could have signed him for “minimal compensation” Manchester United signed Adnan on a new five-year contract on 19 October 2013. On 3 December 2013, he was nominated for the BBC Young Sports Personality of the Year, at the time of his nomination, he had played in just ten games for Manchester United. For the start of the 2014/15 season he was allocated the number 11 squad number shirt, previously worn by the recently retired Ryan Giggs. Adnan struggled for opportunities under Moyes’ successors Louis van Gaal and José Mourinho, and had loan spells at Borussia Dortmund and Sunderland before joining Real Sociedad in July 2017. Adnan made his full international debut in 2014 and later that year played for Belgium at the World Cup. He was also selected for the 2018 Belgium world cup team and scored a wonder goal against England in the group stages. Jesse Ellis Lingard was born in Warrington on 15 December 1992. Jesse is an English professional footballer who plays as an attacking midfielder or as a winger for Premier League club Manchester United and the English national team. He joined Manchester United’s youth academy at the age of seven and progressed through the age groups. Jesse was part of the Manchester United Youth Team squad who trained in AquaCity,Poprad, Slovakia in 2010. He was part of the Manchester United team that won the 2010/11 FA Youth Cup, before signing a professional contract in the summer of 2011. Jesse was first included in a senior match day squad on 30 November 2011, in the Cup quarter-finals against Crystal Palace at Old Trafford, remaining unused as Sir Alex Ferguson’s team lost 2–1 after extra time He had his only other call-up that season on 4 January 2012, again unused in a 3–0 away Premier League loss to Newcastle United. He made his senior debut while on loan at Championship side Leicester City in 2012, and also spent time on loan at Championship sides Birmingham City and Brighton & Hove Albion during the 2013/14 season. Jesse made his Manchester United first team debut against Swansea in 2014 before being loaned to Championship side Derby County in February 2015 for the remainder of the season. He returned to Manchester United and scored his first premier league goal for his home club on 7 November 2015. Jesse has represented England at under-17 and under-21 levels, before making his senior international debut in October 2016. He scored his first goal for England on 23 March 2018. Jessie Lingard is a member of the 23-Man England national team squad for the 2018 FIFA World Cup. Not just on the World Class stage but also in the World’s Top-Flight football league, the Premier League, here are more players who have trained in Slovakia, The Little Big Country Centre AquaCity.