Gordon Taylor OBE of the PFA writes and thanks Dr Jan Telensky, founder of AquaCity Poprad 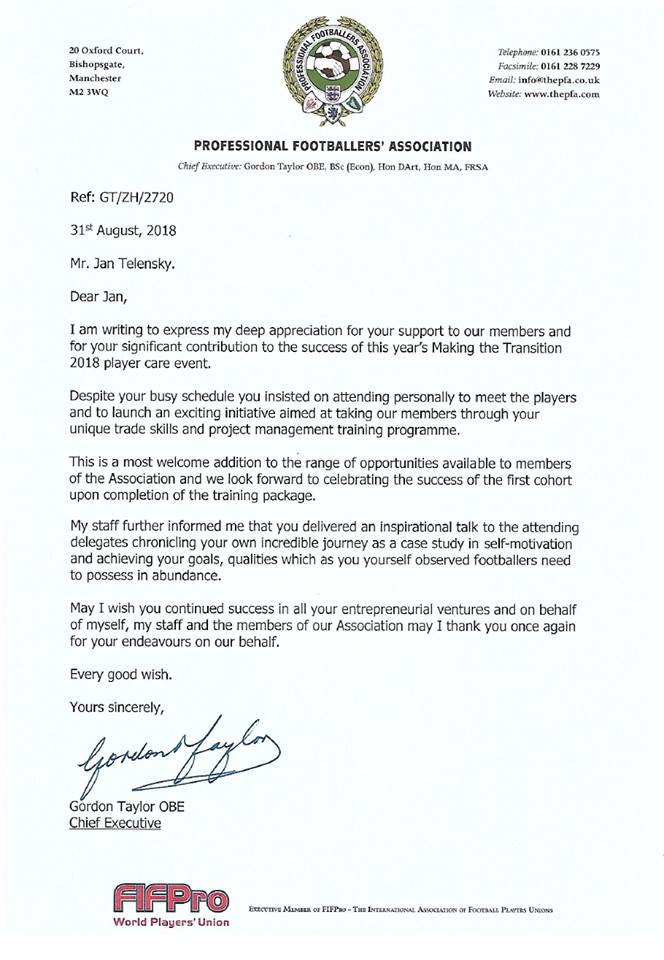 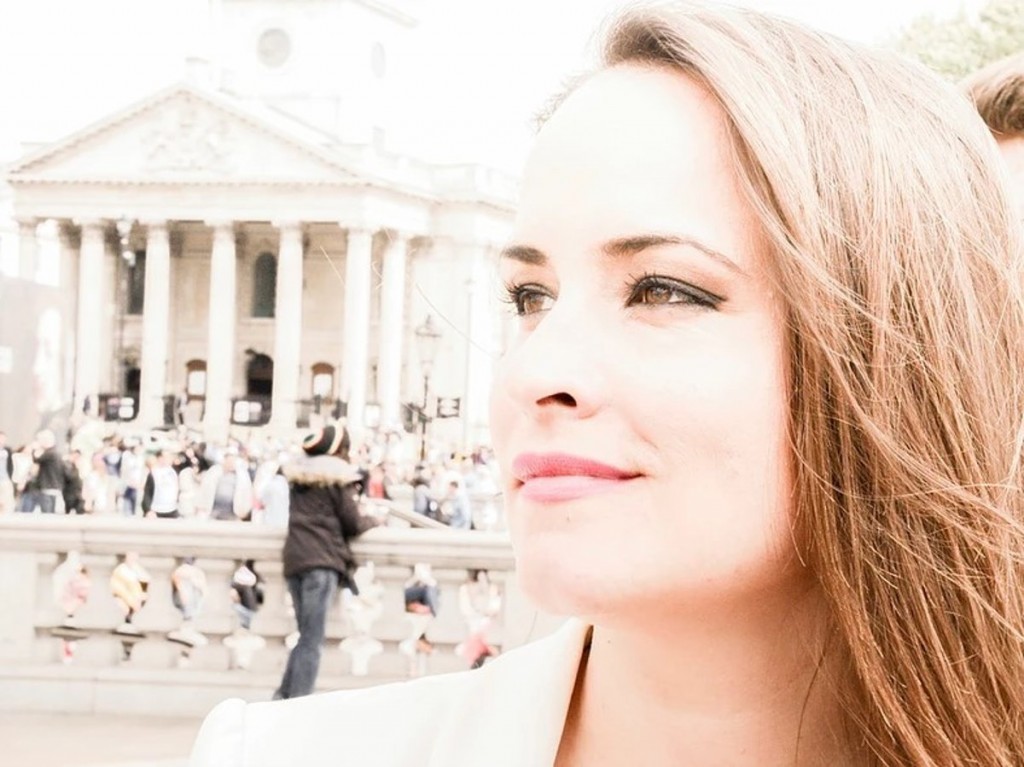 The secret training base where Rashford, Lingard and Pereira learned their trade 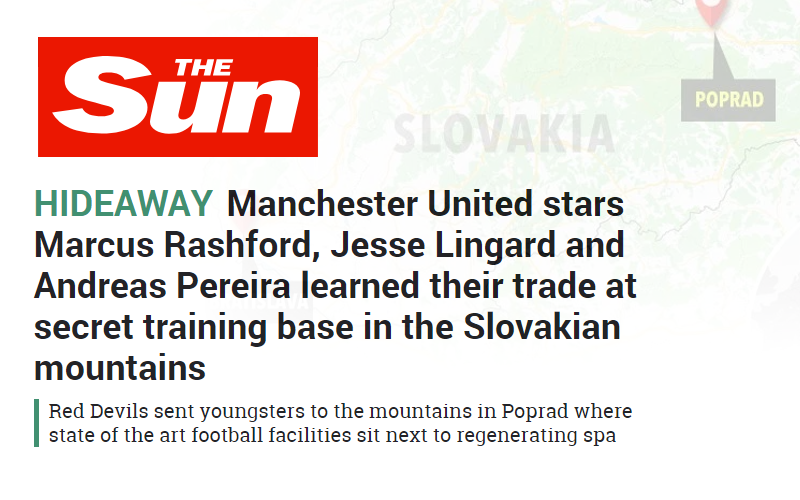 MARCUS RASHFORD and Andreas Pereira both starred for Manchester United in the opening day win against Leicester City on Friday night. And the star pair, as well as 23 other United academy graduates… 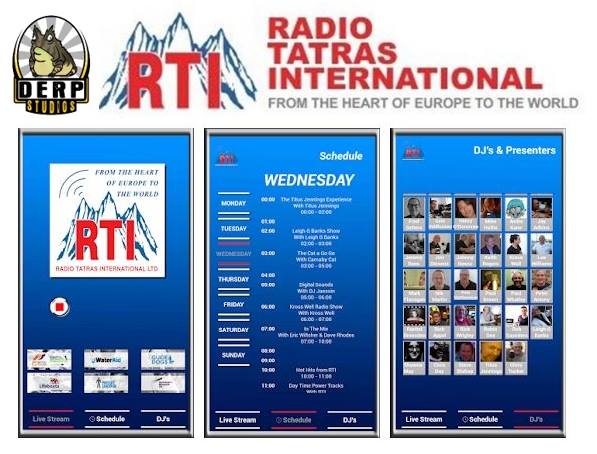 The first App is for Android devices and not just phones.

The Official RTI App has been developed by Derp Studios, but being Android first it means you can get RTI with one touch/click on Phones, Watches, Tablets, Netbooks, TV’s, and IN-CAR systems

Derp have modelled the App on the RTI website www.rti.fm with a player, programme scheduler and a DJ/Presenter page.

Broadcast Director, Eric Wiltsher, said, “People have been asking for an Android App and so we approached Derp Studios. Chris and his team have made an easy to use, very functional RTI App -great jobs guys”.

Co-Founder, Dr. Jan Telensky, said, “It never ceases to amaze me how RTI fights adversary in such a positive way. The station a former government wanted to close is now firmly seated in the digital age. Just proves, you cannot close something that does good because you are afraid of it”.

The Official RTI Android App can be found here
https://play.google.com/store/apps/details…

10 Desktop units were delivered to a junior school

10 Desktop units were delivered to a junior school by Freddie Venables so the youngsters had a computer lab again. That last lab died of old age. 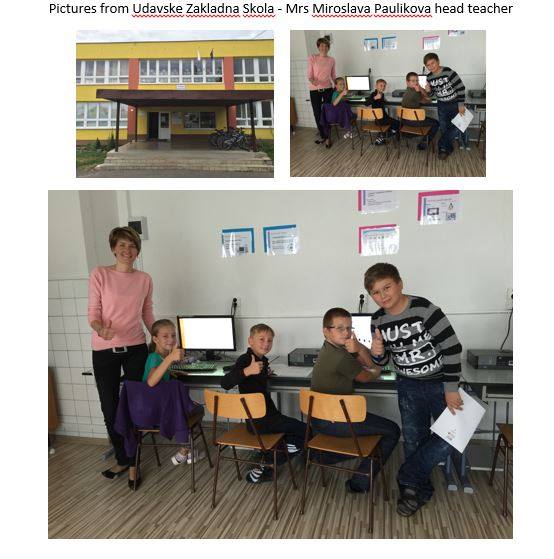 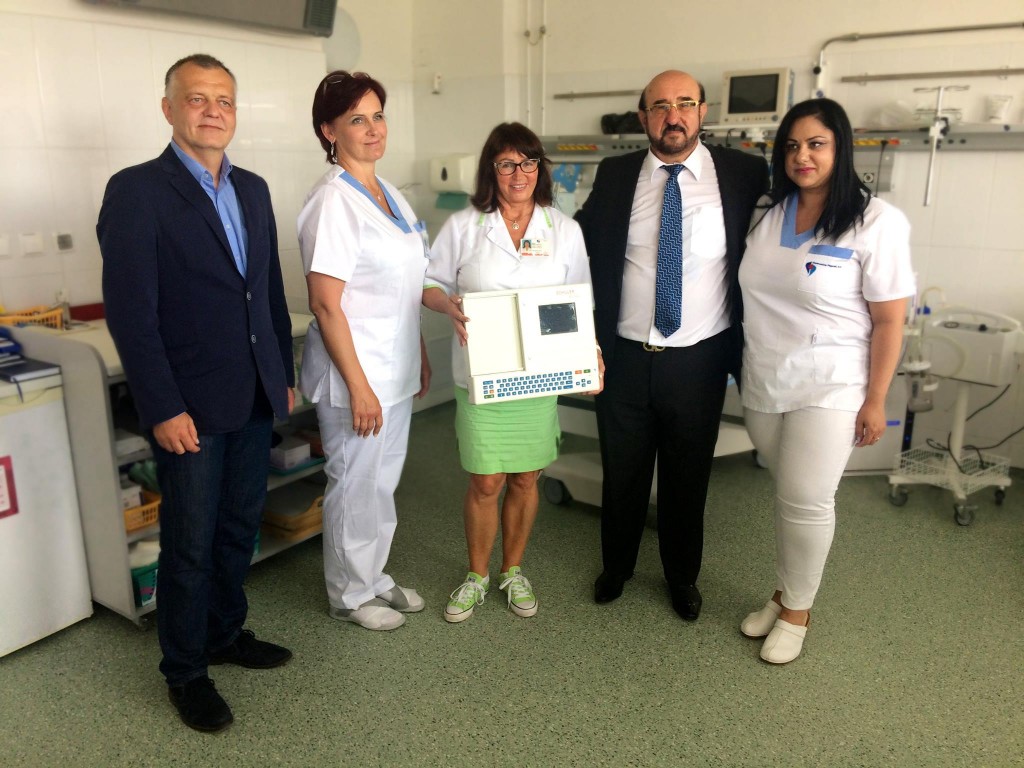 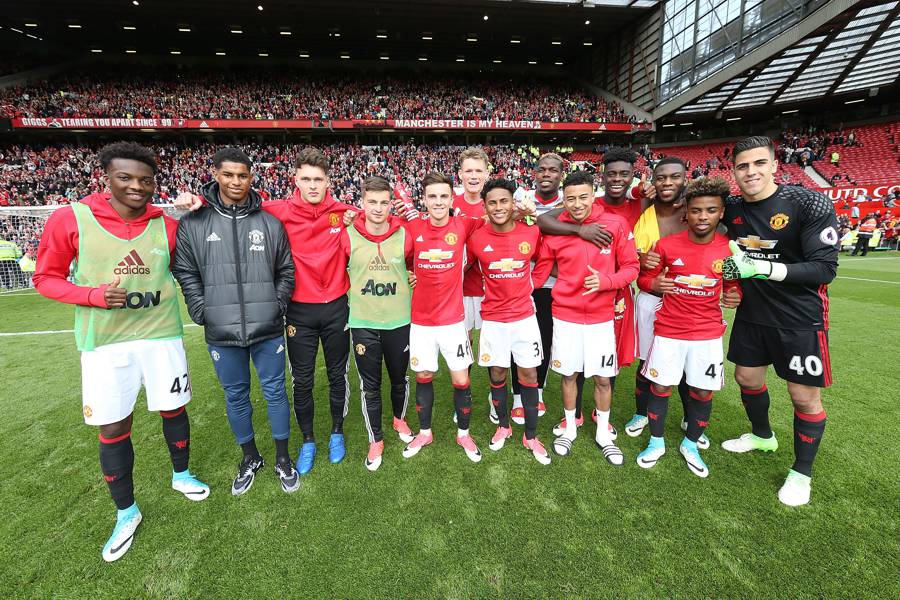 Heroes of British soccer have revealed one of the best-kept secrets of Slovakia  … for the last eight years Manchester United has been sending its young hopefuls there to a specialist mountainside training camp.

Every October Manchester United’s Youth Team spends time in the city of Poprad training at one of the world’s most exciting stadiums, playing ‘friendlies’ against locals and recuperating in the world’s greenest hotel.

Poprad is an extraordinary place, tacked to the foot of the High Tatras mountains and near to the Polish border.

Thirty years ago though it had daunting metaphorical mountains to climb having been abandoned to the remnants of the Velvet Revolution politics.

But people of vision were already making things happen and now Poprad is one of the most important cities in Slovakia. It has become the administrative, economic, cultural and tourism centre for the whole Tatras region.

And at its heart stands AquaCity, once voted the world’s greenest hotel … and this is where Manchester United hopefuls stay while they undergo training regimes against one of the most powerful natural backdrops in Europe.

Former Manchester United assistant manager Ryan Giggs said this: “It is vital in a young players development that they get to gain as many different types of football experience as possible. Because of the training in Poprad they can relate to playing against different opposition, experience new cultures and food, travelling and adapting to new surroundings. The training camp in Poprad allows all this to happen.”

And last week it all paid off in a big way – youth team  players who trained in Poprad were chosen to play against Crystal Palace  when Jose Mourinho   rotated his squad ahead of the Europa League final.. Manchester United won the game 2-0, with Josh Harrop and Paul Pogba scoring the goals.

The story really begins with former car worker  Dr Jan Telensky, his geo-thermal lake 2,000 metres inside the earth – and his belief in cryogenics.  Three little minutes   that can change your life.

He said:  “When I first came to Poprad, I saw a pipe coming up out of the ground. It had breath hot enough to melt your soul. So, I looked into the history of it and pretty soon I realised there was a natural miracle two miles below the earth. An eternal source of power, warmth and health. It’s been there for millions of years and it’ll be there for millions more.

“I decided to harness it, that’s all. The government and the town of Poprad worked with me on it.” 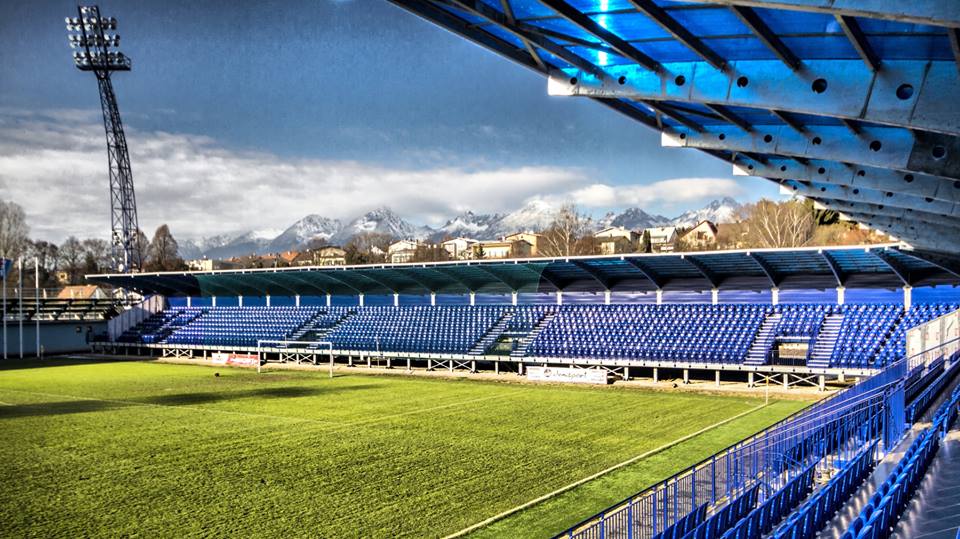 Next door to AquaCity  is a magnificent new football stadium, designated as a Slovak National Training Centre (NTC). It is the only ground in the world to be heated by an underground lake and have an all-weather pitch.

The NTC is where you can watch the Manchester United football’s stars of tomorrow train and play some of Slovakia’s Premier League and other overseas teams for a fraction of the price it would cost at Old Trafford.   There is a Hall of Fame board inside AquaCity with a list of the stars who have played there.

David Moyes, a former manager at MU who was involved in the training experiment: “This the ideal place for a sports training camp, the fourteen swimming pools and the leisure facililities are enormously popular with our young players.”

And AquaCity  offers all sorts of fitness and enjoyment, not only for professional sportsmen but for families too with pools, massage jets, children’s pools  and water slides,  laser lights to change the color of the water, outdoor thermal pools, blue Sapphire pools, blue diamond pools, and a 50 metre swimming pool.

In the wellness and spa suites there is Vital World, the K-Vital Beauty Centre, the Massage Centre, and the Thai Massage Centre with edible massage treatments such as chocolate, honey and green apples.

Then there is the controversial cryogenics chamber which has been helping sports people and visitors with injuries and ailments.

It is the Big Chill, an oversized deep-freeze which makes you feel wonderful. It works  wonders for the skin and muscles, can boost your immune response, ease chronic pain, heal nerve damage, and improve sporting performance.

And Poprad too  really is a beautiful place to be, sitting as it does on a vast plain leading to the foothills of the perpetually snow-capped Tatras Mountains.

It came into being in the 13th century, when the king of Hungary persuaded German colonists to move to what was nothing more than isolated arable land. Way back then Poprad was just one of more than 20 farming communities dotted across the plains.  It soon garnered importance however, as a main stopping-off point on the trade route between Poland and Hungary.

Another ‘revolution’ took place in 1938 when a military airfield with grass for a runway was built  west of Velko village as World War II loomed. The first real runway wasn’t actually built until 1970.

Poprad Tatry Airport finally came into its own in the early 21st century when it was classed as of International standards.

The 13th century Early Gothic church of St. Egidius in the town square still retains pieces of  wall paintings  dating from the Middle Ages. And then of course there is the Renaissance bell tower built in 1592 with its three original bells.